The Best of Jamming!

Selections and Stories from the Fanzine That Grew Up 1977-86 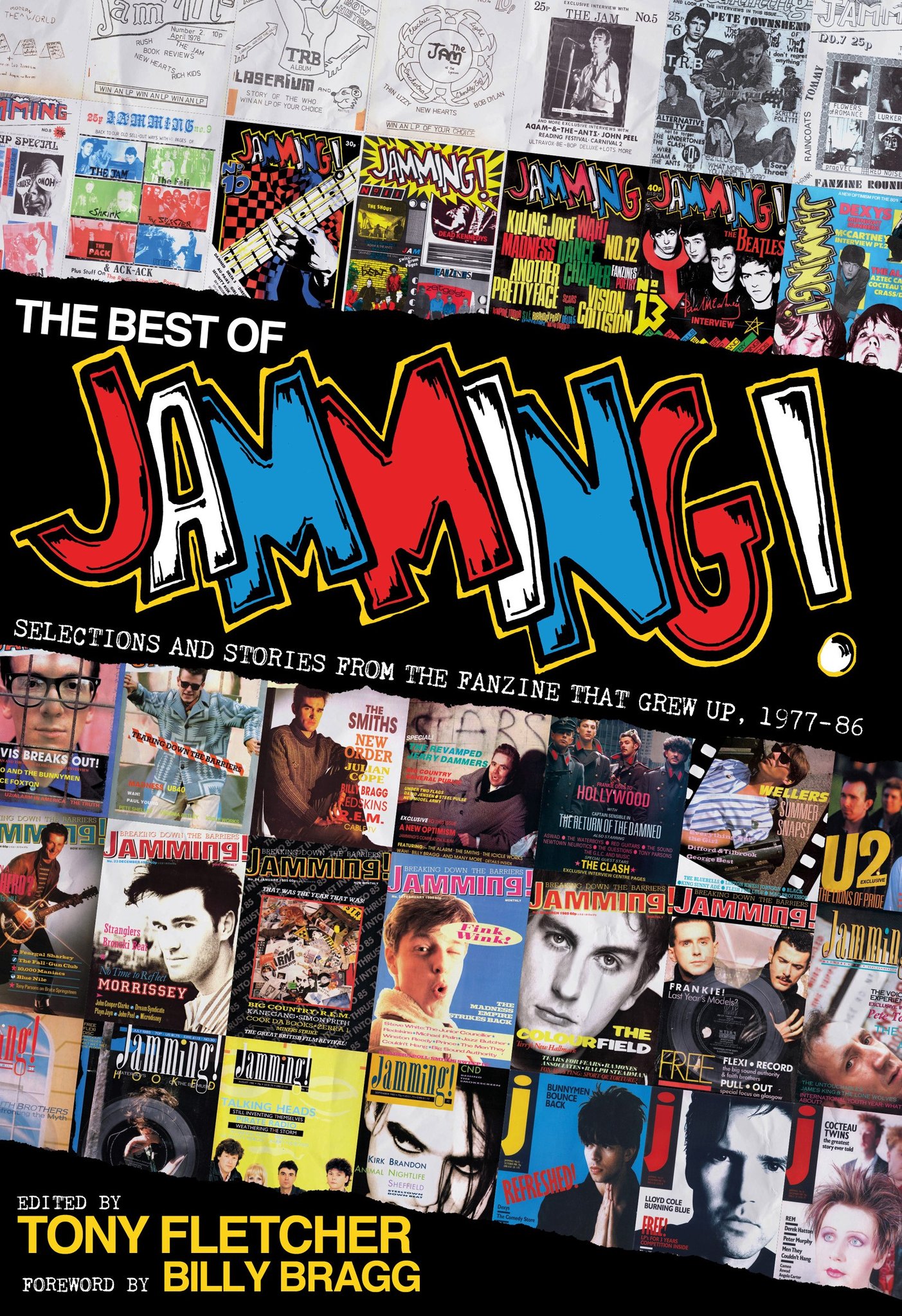 One of Britain’s best-loved and most successful fanzines, Jamming! documented the musical landscape as it evolved between 1977 and 1986.

Fully illustrated throughout, The Best of Jamming! includes numerous stand-out pieces from the zine’s impressive 36 issue-run, from early features on The Jam, The Smiths, Run-D.M.C, Cocteau Twins and The Beat, to surprise exclusive interviews with Paul McCartney, U2 and Pete Townshend. Personal letters from Mark E. Smith, Paul Weller and others appear alongside arts, sports and politics features, poetry and a Foreword by Billy Bragg.

Having guided Jamming! from a 6-page school publication to a nationally distributed monthly, editor Tony Fletcher provides behind-the-scenes insights, while musicians and former contributors reflect on their interviews and Jamming!’s long-lasting influence.

An immensely evocative read, The Best of Jamming! perfectly encapsulates the excitement and unprecedented potential of the DIY era.

“A rock press version of The Beano Christmas Annual,” David Hepworth, WORD IN YOUR EAR

“Jamming! managed to capture the zeitgeist as well as, if not better than, many self-appointed arbiters of style in the mainstream music press. This compendium offers extracts from every issue and captures its era perfectly.” – Ian Fortnam, CLASSIC ROCK.

” A fascinating reminder of the diversity of the scene. At random you can dip in and rediscover people like Virginia Astley or groups like the Au Pairs, but it also tracks the emergence of hip hop, the UK reggae/MC scene, and the early utterances from future 80’s megastars like REM and the Smiths.” – Den Browne, LOUDER THAN WAR.

“His fanzine was a cut above. So’s this compendium.” – Kris Needs, RECORD COLLECTOR.

“Captures the spirit and energy of a teenage fanzine that became a significant cultural and arts magazine over its eight years in existence, fuelled largely by enthusiasm, naivety and a punk-inspired spirit to
make things happen.” – Russ Bestley, PUNK & POST-PUNK.

“A treasure trove of detail and social and cultural zeitgeist as it was experienced by young music fans at the time.” – Tim London, OUTSIDE LEFT

“The magazine was unafraid when tackling the politics of the day, the writing and opinions generally sharp and to the point. The articles gathered here are all worthy of revisiting.” – Henry Hutton, SHINDIG!

“Tony and the other young writers who contributed to Jamming were young and fearless, less inclined to show the deference that older, more established writers might show towards the eminence grise of rock… Pete Townshend has rarely been as candid as he is the two interviews presented here.” Chris Charlesworth, JUST BACKDATED

“A lesson in the collective power of youth.” Mike Cobley, BRIGHTON

“Jamming! came of age at a time when pop was suffused with ideas, and did its damndest to give a platform to those challenging the mainstream… a refreshing counter to the cynicism that was the default setting for its rock press rivals.” Billy Bragg

“The literal embodiment of the punk aesthetic, Jamming! stands as a proud testament and witness to its time.” Guy Pratt

“It was the reason I ultimately got Creation Records together.” Alan McGee

The Jamming! Fanzine Podcast is available now, home page here. Links to other platforms are here.

Word In Your Ear interview with Tony Fletcher by David Hepworth and Mark Ellen on YouTube here and also available on all podcast platforms.

The Face Radio’s Worldy special with Tony Fletcher and Matt Pape spinning 7″ singles from The Best of Jamming!, available here.

An interview with Tony Fletcher on the Omnibus Press blog here.

An interview with Tony Fletcher from the Music Journalism Insider here.